The first thing you should do is check out his funny fiction: 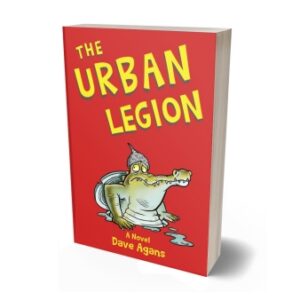 As organic food critic Lynn Grady savors the duck pâté, a phantom voice invades her head. A stranger appears, blocks the voice with an improvised tin-foil hat, and claims to be an urban legend survivor. Lynn doubts his story. But a surprise attack by armed French waiters plunges her into the Urban Legion’s underground war with a pervasive consumer products conspiracy. As she fights to save her teen daughter from corrupt golfers, taser-packing car salesmen, and her sold-out grunge-star ex-husband, Lynn discovers the sinister purpose behind everyday annoyances.

The Urban Legion puts a new spin on conspiracies and urban legends.

Food courts and airport restrooms will never be the same. 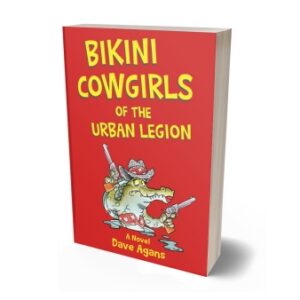 Bikini Cowgirls of the Urban Legion, book 2 of the Urban Legion trilogy, is now available for e-book pre-order on Amazon, to be delivered on October 28th, 2020. To encourage a big launch, the book is priced at only 99 cents for pre-order and will return to the regular price of $2.99 on November 1st. So order your (almost) free copy now! (It’ll be completely free for Amazon Prime members on the 28th. The paperback version will also be available for purchase on the 28th.)

Bikini Cowgirls of the Urban Legion envisions hilarious conspiracies behind the news, entertainment media, and not-so-legendary urban legends. You’ll even learn the fragile truth about mimes.